When a Dutch resident emigrates, there are various tax matters that need to be addressed. This article provides a broad overview of some of the issues involved.

If you emigrate, the Dutch tax authorities impose a protective tax assessment for:
• accrued pension rights
• premiums and payments from an annuity insurance policy and the interest component of a capital sum insurance policy associated with home ownership
• a substantial interest in a company.

In the case of accrued pension and annuity rights, a hypothetical commutation rate is applied to determine the value of these rights if you emigrate.
The taxed interest component of a capital sum insurance policy associated with home ownership is also treated as a hypothetical sale.
If you own a substantial interest in a company, emigration is treated as a hypothetical sale of that interest, with the difference between the fair value and the acquisition price for tax purposes being taken into account. Hypothetical proceeds are treated as protectable income and the tax payable on the proceeds is levied by means of a protective tax assessment. However, you are automatically granted deferment of payment of these taxes.

It is important to note that this article assumes that the private (BV) or public (NV) limited company remains established in the Netherlands despite the emigration of the shareholder. If this is not the case (if the BV or NV relocates with the shareholder), then the company is no longer liable for tax in the Netherlands and the calculation of corporation tax is based on goodwill and fiscal and hidden reserves. Under certain conditions, it is possible to apply for deferment of payment, in which case interest will be added to the outstanding amount.

As already mentioned, the Dutch tax authorities impose a protective tax assessment in respect of a substantial interest in a company if you emigrate. Each (hidden) profit distribution or formal dividend payment results in a reduction of the assessment. The fact that profits or dividends are distributed from reserves that existed at the time of emigration makes no difference. This may mean that profit reserves created after emigration lead to future taxation in the Netherlands through the collection of the protective tax assessment. So far, the question as to whether the protective tax assessment imposed in the Netherlands is tenable under EU law has been answered in the affirmative. Whether this will continue to be the case remains to be seen. There is also the question as to whether, in taxing payments from reserves created in the period after the emigration, the Netherlands is acting in accordance with EU law.

The protective tax assessment is reduced by dividend or income tax applied to reserves in the Netherlands. The regulation is that, in addition to the 15% dividend tax, 10% of the distributed dividend is payable as income tax. The amount in question is deducted from the protective tax assessment for which deferment of payment has been granted. Taxation in these circumstances may be limited under the terms of a convention for the avoidance of double taxation.

Under the terms of treaties, even after a person emigrates, parts of their income may still be subject to Dutch income tax. These include income earned from services provided for a Dutch private limited company (BV), profit from a Dutch company, dividend payments received from a Dutch private limited company (BV), and real estate situated in the Netherlands. The Netherlands retains the right to tax these forms of income.

Gift and inheritance tax after emigration

In a case such as, it is more than likely that inheritance or gift tax will also be payable in the country of residence. So it is advisable to determine whether double taxation can be avoided. The Netherlands is party to very few international treaties for the avoidance of double inheritance or gift taxation. Since in most cases there will be no such treaty, it will be necessary to invoke the provisions of Dutch law to avoid double taxation, or to determine what protection is afforded by the law of the country of residence.

On 1 January 2015 the category of ‘qualifying non-resident taxpayer’ was added to Dutch law. Persons residing outside the Netherlands who qualify as Dutch taxpayers are entitled to the same tax advantages as Dutch residents. The main advantage is the ability to claim tax relief on mortgage interest payments on a property outside the Netherlands used as a personal residence.

The 90% requirement is particularly problematic. We have found that the income statement presents considerable difficulties in terms of implementation.

Depending on the laws that apply in the Netherlands and the country to which you are emigrating, emigration may have advantageous or disadvantageous (tax) consequences. However, it is usually possible to plan your finances prior to emigrating and it is best to seek advice at the outset. It is also important to note that each situation is unique and needs to be analysed in detail. This article simply provides a general overview. It is not intended to replace professional advice on the financial implications of emigration.

If you have any questions or would like advice on your particular situation, we will be happy to help. Please contact: 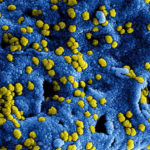